Chhuon was born in Tuklant, a village near Phnom Penh along the Mekong River in 1932. He became a Buddhist monk when he was twelve. He learned to speak and read Pali and Sanskrit to study Buddhist scriptures, along with French, English and Khmer. Later he worked as a masonry and construction foreman.

He served in Lon Nol’s army as a medic, using skills he had learned as a monk.

The Khmer Rouge brought him, along with other army officers who had been captured, to Borpailin. They put them in front of a firing squad. But he lay down when he was shot, feigning death until he was able to escape. He made a perilous journey back to rejoin his family.

He remained incognito, doing farm labor, until the Vietnamese invasion. Many members of his family perished during this time. When the Vietnamese soldiers arrived, he took his first opportunity to escape to the Thai border camps, with his two surviving daughters. In the Thai camp Khoaidang he married again and started a new family. Then he made application to enter the United States as a political refugee. A friend who had come to Wisconsin wrote him a letter about the Intercultural Action Center (IAC).

The IAC found him a place to live in Santa Rosa, and he and his wife Yinvy have been living here—among the earliest Cambodian people to come—since they arrived in the United States in 1981. His children are Chansrey (born in Phnom Penh in 1963), Chanphy (born in Battambang in 1970), Thyda (born in Thailand in 1981), Santarock and Santamoney (born in Santa Rosa in 1982 and 1984). 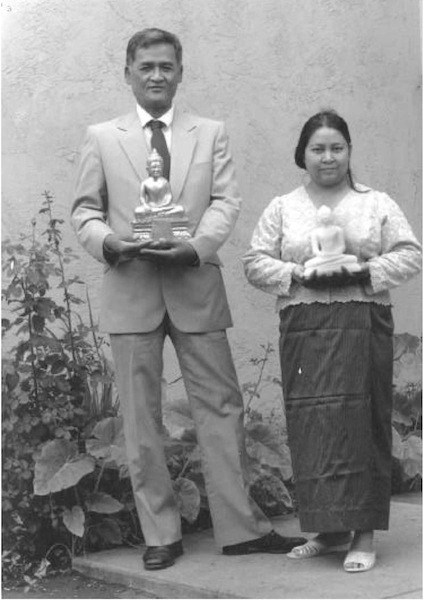 My father taught me some lessons, Pali power and strict magic, that he never told to another one. Because of this, when I decided to walk by the road, some enemy could be near me, close to me, but not see me! I was still wearing my [Lon Nol] uniform but no one saw or asked me anything! I may teach someone who wants to learn this, because I am getting older now. I don’t want to carry it with me when I pass away from this world.

The Buddha said, “Don’t kill anybody” and “don’t steal or destroy what belongs to another person”. Any man, thing, or animal loves their life as much as you love yours. So you can’t take good care of you life by taking theirs.

I think the Khmer Rouge played with people. They used all the persons in the world, like things without lives. I suppose they thought that the Buddha’s religion would not allow the country Kampuchea [the Khmer Rouge’s new name for Cambodia] to grow up quickly enough. 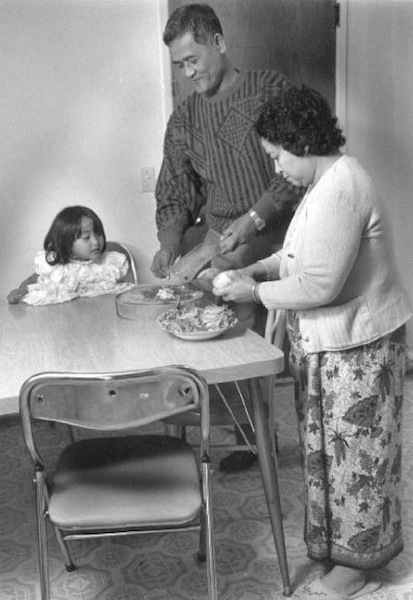 I told them the truth.

Lon Nol’s army waited and caught any man they could, old or young. This made me mad. I thought, “I am not going to be caught and thrown in a truck! I’ll volunteer!” They put me in the medics, since I had learned about medicine as a monk. Whenever I had free time I took off my uniform and left the camp to take care of people, sometimes even in a group of Khmer Rouge. I didn’t care that they might kill me. I didn’t care whether the person was good or evil, or enemy or not enemy to me. I didn’t care if they had money to pay me.

Once a group of Khmer Rouge wanted to kill me. I said, “If you kill me you will never become king or president. I am nothing, a member of the general population. But if you leave me alone I can help your wives, your children, your

mothers and fathers.” The leader said, “Don’t touch him.” They weren’t angry with me because what I said was really true.

Later on, nine Khmer Rouge soldiers lined us up and shot us. I lay down and waited. I decided to try to get to Battambang. That was my blind opinion while I was suffering – I dreamed that the other person or the other place had more safety. When I got to my town, all the wives of soldiers asked me, “Where is my husband?” I said, “Everybody has died already.” “How come you didn’t die?” I didn’t know either. 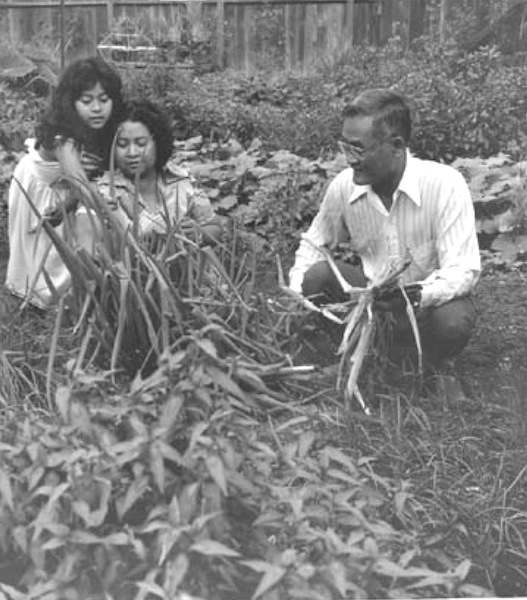 I want my children to have more education because then you can analyze and discuss all the world. No matter what you decide, good or bad, you’ll know.

In a country under revolution there are no good laws. I love the good laws in this country [the United States]. I don’t trust everybody 100% because many, many people lie and cheat. But it’s only a little wrong, not more wrong, because of the good laws here. We can decide to do and take care and help change. Like, I have freedom to talk with you and you have freedom to talk with me, no matter who you are. The Khmer Rouge could say anything because they pointed a gun and we couldn’t talk back. So they followed the Buddhist way and had a lot of education. But nobody had freedom to discuss with the king. They all shut up their mouth.

The Buddhist religion teaches you to think before you trust, analyze somebody’s words to understand people. All living beings need communication with each other, not just kings or presidents.

Love the world in its entirety, while standing or walking, seated or lying down, as long as you are awake. That’s that.