Listening For A Change / About Us / Media/Press

Listening for a Change &
The Survivor Project in the Press 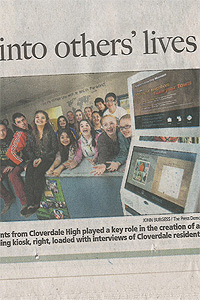 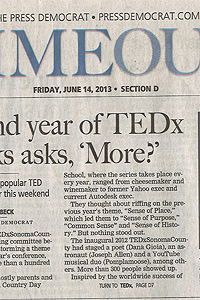 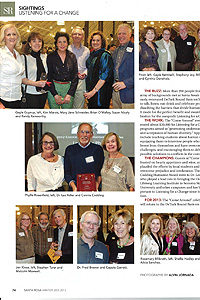 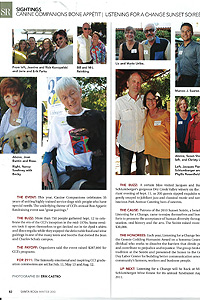 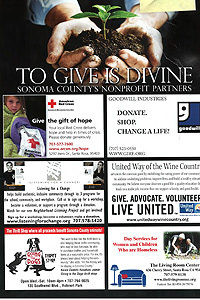 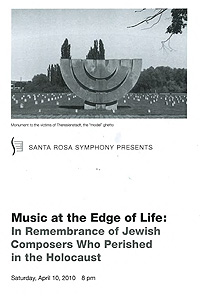 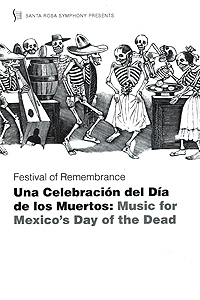 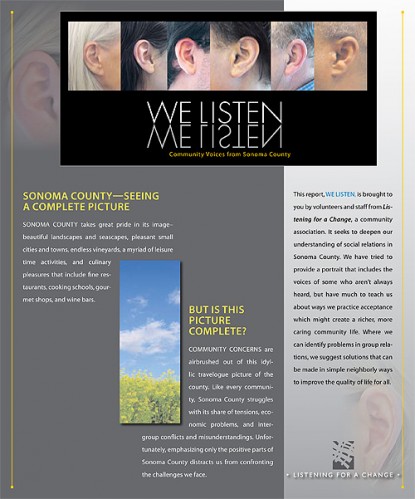 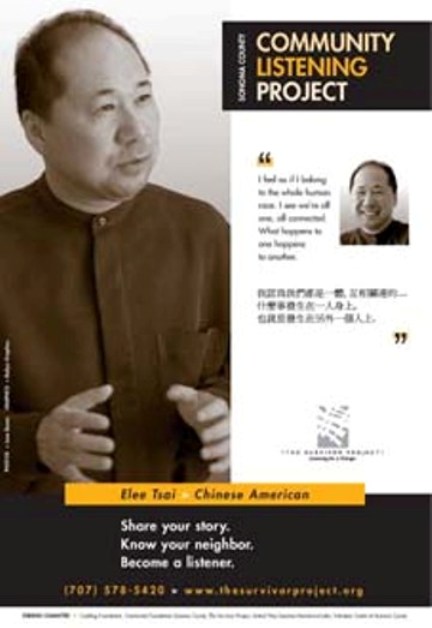 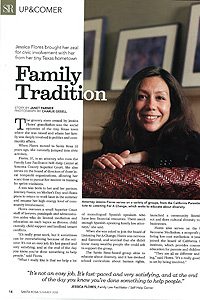 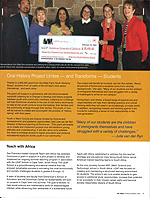 Listening for a Change receives a grant from the State Farm Youth Advisory Board to develop oral history projects between youth and community members.

Executive Director Phyllis Rosenfield and Board Chair Patrick Grattan co-wrote this article announcing the public relations campaign for the Community Listening Project. (Click on the link to see the posters.)

Holocaust survivor George Heller spoke to a Sequoia High School class about his experience in the concentration camps as part of The Survivor Project’s Essence of Acceptance Program.

Michel-Schlumberger Wine Estate hosted a fundraiser for The Survivor Project. The afternoon featured live music, wine, and both a silent and live action, hosted by Ernie Carpenter.

The Survivor Project, in partnership with the Healthy Communities Consortium, reaches out to a new community. Students in Petaluma high schools are offered the Essence of Acceptance Program.

After tragedies such as 9/11 and Columbine, The Survivor Project is all the more pertinent in breaking down the barriers between youth in high school that lead to misunderstanding and violence.

A bilingual call to the community for Latin Americans to participate as interviewees in the schools as part of the Essence of Acceptance program.

Introduces the Sonoma County Survivor Project and the new school program, the Essence of Acceptance.

Excerpts from the biographies of those featured in the Sonoma County Survivor Project. Includes photos and individual descriptions of the participants.

This article highlights the Sonoma County Survivor Project exhibit, and the importance of community interaction and understanding to avoid prejudice in the future.

How Sonoma County survivors of dramatic loss of human rights share their stories and insights. Includes photographs and quotations.

Other Items of Interest

Press Democrat
Sandra Day O’Connor: “In need of a good civics lesson”
(From the Washington Post, reprinted in the Press Democrat March 28, 2006)