Irv’s family is from Lask, Poland. His mother survived Bergen-Belsen and Auschwitz and is the sole surviving member of her family. His father lost his wife and children and spent the war in hiding outside the town of Lask.

After the war they and other surviving Polish Jews came to the American zone in Germany. They were married in 1945 and Irv was born there in 1946. His brother Nate was also born in Germany in 1947.

They lived there while they waited for visas until 1951, and then emigrated to the United States. They came directly to Petaluma, joining other relatives who had settled here. Irv’s father got a job in the chicken industry. He also ran The Palace of Fruit on Old Redwood Highway. He then entered the scrap iron business.

Many of the members of Irv’s extended family live in the Bay Area. They have no relatives still living in Europe.

Irv went to Penngrove Elementary School and Petaluma High School. He graduated from Sonoma State University in 1968. He studied at Hebrew University in Jerusalem before returning to Sonoma State to receive teaching credentials. He taught history briefly before becoming a lawyer. He lives in Penngrove with his wife, Cici, and his children, Sayre, Julia, and Aliya.

I always felt somewhat of an outsider growing up.

I had a sense of being different than those people in class with me. Certainly my parents didn’t speak English, and I knew there was something back there that was kind of a dark pit. I remember my parents waking up having nightmares when I was a kid and sensing that was different.

I don’t ever recall my father looking at my report cards or putting any pressure on me in school, but I always felt it. I think the pressure came from feeling, in myself, that I had to do well in order to be self-reliant, because I knew that society could be a fragile thing. It’s different from knowing, from the time you’re a kid, that you have virtually everything you want and maybe you can afford to get off on a tangent. I was always very focused in school, and on going on to do something I could make a living with. It was mine, something I controlled. Getting a law degree allowed me to be my own boss and not have to rely on anybody else.

My brother didn’t feel the same compulsion about it that I did. So maybe it was being the first born, right after the war. 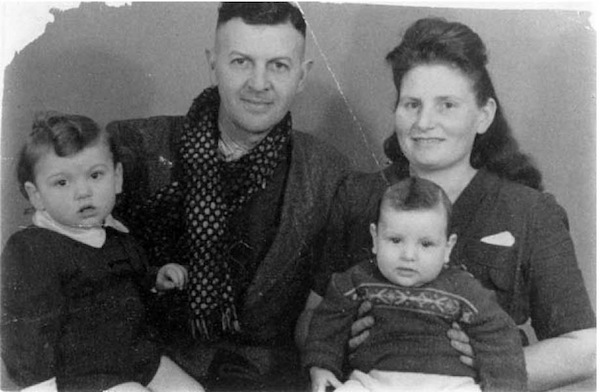 Having a family was the center of everything.

Life before the war was always centered around the family. After the war, we lived with my cousins. There were two or three families in the same apartment for a while in Germany and actually for a while here too. If you were going to be alive that was a very important part of being alive.

I think it’s somewhat unnatural to say that the family consists of mother and father and the kids. I don’t think that’s the way things have been throughout most of history. It can get destructive if you get to the point that you’re always tied to your parents—you have to strike a balance in everything—but I like the European emphasis on a more extended family.

When there are big gathering that are very happy occasions, or on vacations when things should be very happy, I tend to get sad. I think that’s because there’s a feeling that there are others who should be experiencing it. And they’re not. 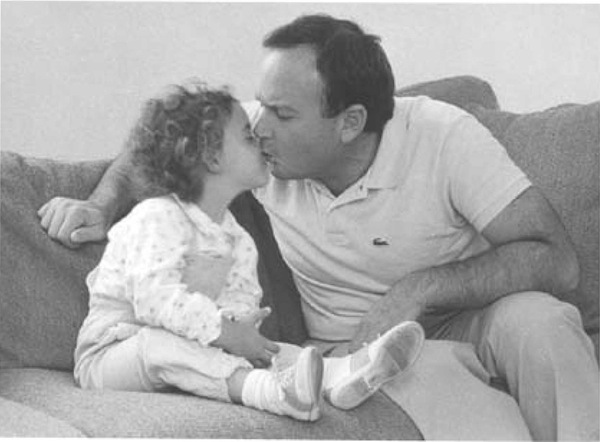 Even in those of us who were born afterwards, there’s a different kind of scar.

My fa ther was always an optimistic person. My mother too, although she showed it less. And I basically am. My brother is. I think most of my cousins are. But I think most of us, those who were born afterwards, have a fundamental disdain for things material. Not to say we don’t like nice things; we do. We probably show it by almost throwing it away when we have it. And to me – it’s not that important. I’m very conscious of having things material but I really can do without it. I really can.

I feel like I have my own yardstick of measuring things. 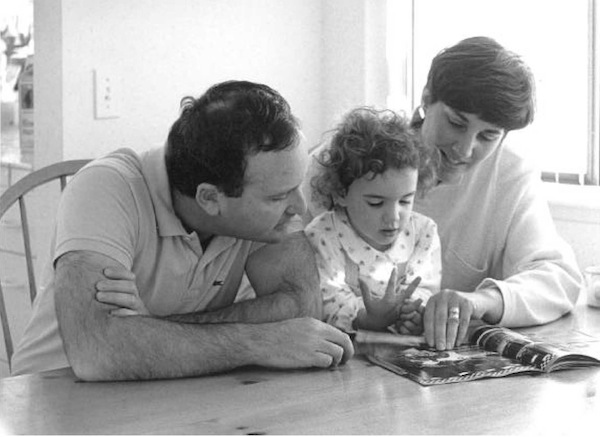 A lot of people obviously didn’t question, didn’t want to question, weren’t willing to put out the effort to question, for fear it would be harmful to them.

It’s always easy to follow the leader without examining where he’s taking you. A lot of kids in this society, in the United States, don’t critically examine things. They think what’s important are the things you see on T.V., the things everybody else is doing. And certainly a part o f that is growing up. But it’s dangerous to carry that too far and not look inside yourself and to be suspicious of someone who’s going to make things easy. Things are not simple and things are not easy.

It’s disgusting the way people forget where they come from. The only difference between them and the boat people is that they came before the others did. It’s easy to say – because someone else is a different color or looks a little different – “You don’t belong here, this belongs to us.” What do you mean, it belongs to you, just because you were her ten or fifty years before? So what?