Jameson was born in Phnom Penh in 1964. His father, Nhem Sem, worked for Lon Nol’s government in Takeo but was moved to Phnom Penh as the civil war progressed. In 1973, he was transferred to a government office in Battambang. His job involved issuing government permits and certificates for different activities. Jameson remembers that his father sometimes dealt with the Red Cross.

When the Khmer Rouge captured Battambang, Nhem Sem hid his uniform and his status. He pretended to be a farmer. The family reached some of his mother’s relatives in Svay Takeo. His father forged a letter indicating that the family had permission to move from one part of the country to another.

His aunt and some of his cousins died of starvation around this time. The family felt that Jameson could take better care of himself alone because he had darker skin than his mother. (Light skinner people were suspected traitors or city people). He had a cousin by marriage who could move freely as a member of the Khmer Rouge, who brought him the news that his father and brothers had died, but he was unable to rejoin his family in Pursat. His mother, however, was able to escape from Pursat with one daughter and one son and a baby who did not survive the journey. She found Jameson and, together with the man who became her second husband, they left for the Thai border.

Jameson met his wife Solina in the Khoaidang Camp in Thailand. They lived in Thai camps from 1979 until 1984. The INS accepted them for immigration and sent them to an English language program in the Philippines before bringing them to Santa Rosa.

Sadly, after this exhibit was complete, Jameson Sem died in a car accident in 1998. 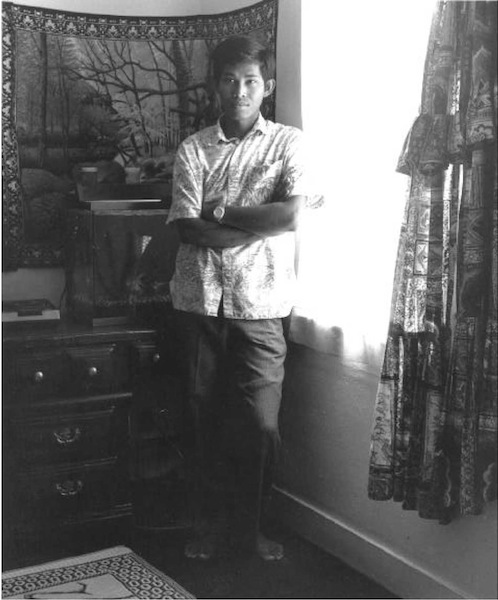 I lost my father, but I still have his picture.

When we decided to go to Thailand, we walked across the jungle for almost a week. We couldn’t bring much with us, a few clothes.

But my mother had buried my father’s picture carefully under the ground. She didn’t even tell me where she hid it! And when she escaped she took it out form the ground and took it with us.

When my father and brothers died, I was all by myself. I could get better treatment alone since I had darker skin [the Pol Pots assumed light-skinned people were from the cities]. And I cried, and I went to the leader of the Pol Pots, but he wouldn’t give me permission to go see my father. After that I tried to control myself.

My father used to walk me to school and talk to me. He was a very honest and faithful and kind man. I went to the Buddhist temple with him, only with him. I don’t trust anything now. 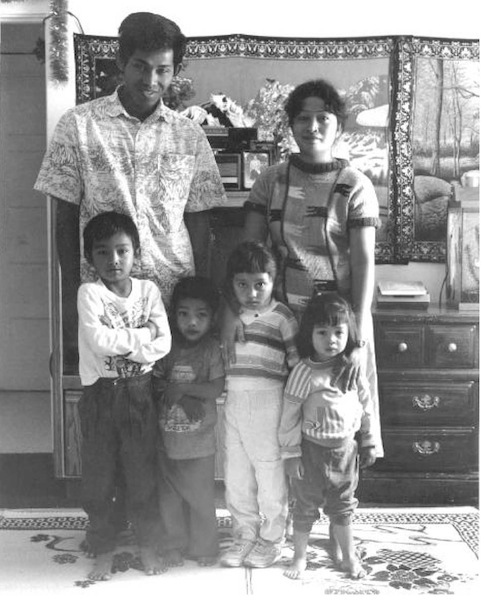 We found my mother’s relatives, but they were not happy to see us.

My mother’s sister lived in a separate area, and her family was of the “old” people [peasants] while we were “new” [city people]. My aunt thought that if she was kind to my family, she might lose her own family. The Pol Pots might say something bad. That’s why she didn’t like us.

We could not talk about politics with them. The Pol Pots could come into your home and investigate. Even in the home. I was living in my aunt’s house a few days, when five Pol Pot soldiers came. They were checking to find out about my family. It there was any gold, or any food, they would take it.

They didn’t find anything because my mother hid the rice. My brother was sick, and she put the rice in a pot under his head. 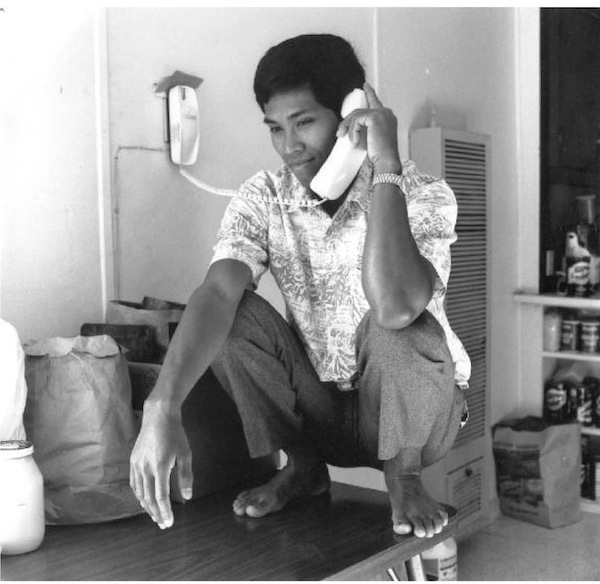 I can know people because I have a lot of experiences with them.

You have to investigate people. If you want to know whether President George Bush is honest or not, you have to try to search for what he does or what he did, or what he’s going to do. That’s what I know.

Even monks are ordinary people. Every time when there’s a party the people have to give money, raise money for them. And then sometimes the money is not spent for the temple.

But some are honest, some are good. I mean, no one is a hundred percent perfect, I’m not perfect either! 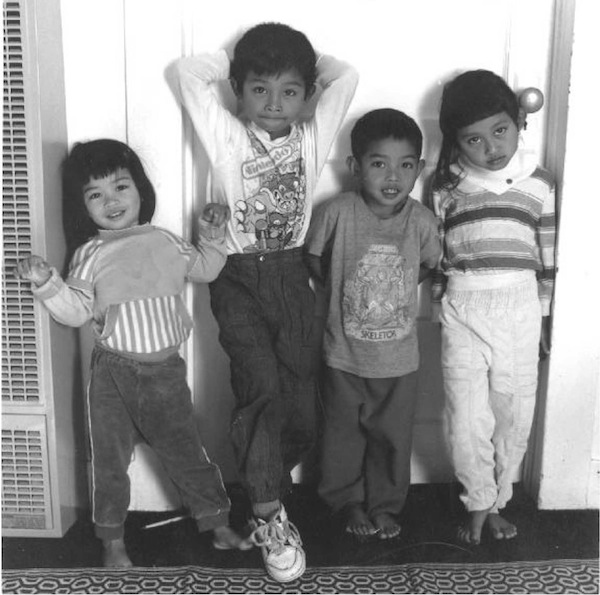 Teach the children to be friendly and not to take sides.

I don’t want my son to be stupid like the Pol Pots, Just killing their own nation. “We are the People”—we should live in peace. We are not enemies.

The oldest child should give the story to the youngest one, because he can understand. But very often he doesn’t. They don’t always get along. People get angry and fight. That’s why we make laws, that’s why we need rules, to control people.

And I think if the big countries don’t make any weapons, there won’t be any more war! Even if people fight, if they do still want to fight it will be better because there are no weapons. Because one bomb can destroy a lot of people and make a lot of refugees. The United States, the Soviets, the Chinese, should throw all the weapons into the ocean and never bring them back.