Janice was born Janice Ono in 1944 in Amache Camp in Colorado. Her parents were both born in Sebastopol and went to school at Analy High School. The only time they lived outside Sonoma County was during their internment.

The internment had a profound effect on the development of Janice’s family. The apple processing plant was sold before they left. Her maternal grandfather was separated from the family along with other community leaders. Her paternal grandfather died during the internment. Janice’s mother received only limited prenatal and medical care for her pregnancy and an accident she had during it. Janice’s birth was difficult and she too was unable to receive the medical attention she needed until after the internment. Recuperating from the birth of Janice’s younger sister in the summer of 1945, her mother became one of the last people to leave Amache. Her husband had left earlier to work in a paint factory in Chicago. They retur ned to their extended family in Sebastopol.

Janice’s mother then began to seek the medical attention that would correct Janice’s club foot. Janice endured numerous operations and her school life was often interrupted by them during her growing up years. Her father died in 1982.

Janice and her husband Ken were married in 1966. They live in Cotati with their daughters Denise and Stephanie. Janice works as a dental office manager in Santa Rosa. 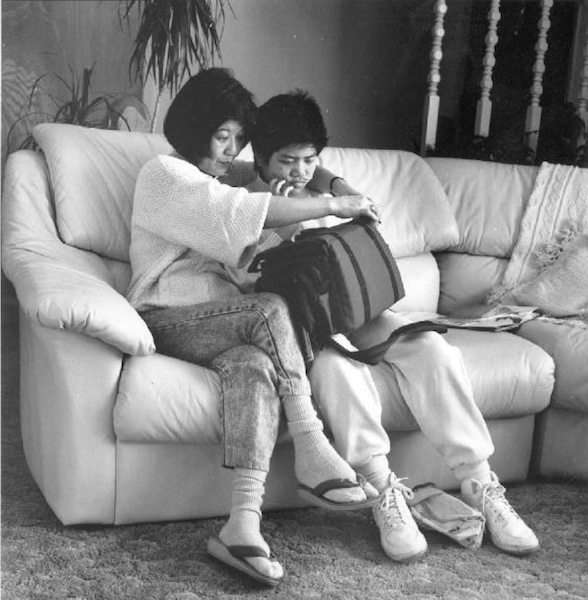 Not too many people are going to stand up and say “I don’t agree.”

As I’m speaking, my thoughts are with my daughter who is handicapped. I went against the medical system’s decisions about my child, because I didn’t think it was right. It took a lot of guts for me as a woman. It may be one or two people out there against fifty; how many people are going to do it?

Everyone feels sorry for a very small person with a handicap. When they get bigger it’s not so acceptable. She doesn’t know not to push, not to get excited or screech out, she does that inappropriately. So there’s more disdain that I can feel and see. I have no problem sticking up for her, whoever it may be! But that might be a mother instinct for me, the genetic “guts” I have, because I will do that for

my other daughter also. If I feel there is an injustice or an unfairness I will speak up.

A lot of people say we won’t ever have [the internment] happen again, but I’m saying “it’s possible”. It’s scary to me to think we can do that to another culture. It all comes back to the fear we have of each other. We need to get past that somehow.

a person and she needs to express that.

I’m not saying you need to suffer, to really hurt, to be grateful for life. But you need to learn that it’s a privilege to be alive, we need to respect that – and everyone has a right to that privilege. 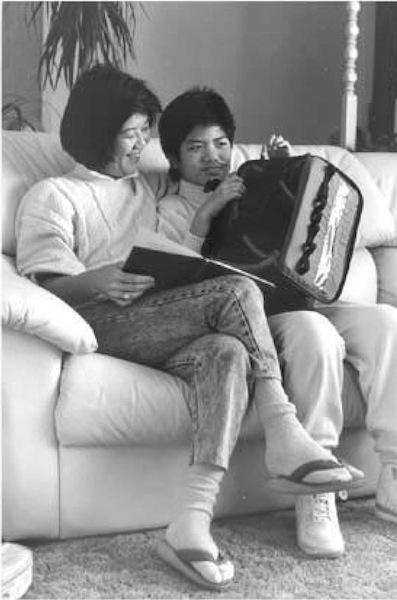 All of us come to a point in our lives where we really need something.

Sometimes it’s our health, sometimes something else. But I think when you need something so bad and you want to live and be happy, you could be taught there’s another way of thinking. You become more humble.

In our education and our school system today, we are trying to let kids know that they have rights as individuals to speak up if they don’t like something. I had to do that with my own child, who does not speak. She has a right to be a human being. She has feelings even if they disagree with mine or conflict with mine. She’s