Walter Kuttner was born in Wuppertal-Barmen in northwestern Germany, in 1915. His father was a button manufacturer. His mother died in the influenza epidemic of 1918. Because of the deteriorating economic situation, Walter was sent to live with his aunt and uncle in Berlin in 1926.

His uncle’s family emigrated to Mallorca in 1933, and Walter traveled through Paris and Spain to join them there in 1934. He and his cousin ran a stationery store on the island and he became familiar with typesetting, commercial artwork, and other practices of the printing trade.

In 1936 the family had to leave Mallorca along with other foreign nationals as the Spanish Civil War progressed. They traveled through France to Switzerland. He worked for a printer in Milan until he was approved for immigration to the United States ten months later.

He worked for a textile design firm and a stationery store in New York until the Resettlement Committee of the Council of Jewish Women found a job for him in Houston, Texas, working for an office supply company in 1938. He served in the United States Armed Forces from 1943 to 1946. He then remained in Houston until 1980.

Throughout his life, Walter has kept remarkable written records of these experiences. He has shared his Lucky Man’s ETO (a diary of his experiences with the American army in Germany) and his Letters to Mary-Ann, a memoir of his life through his a rrival in Houston, with the Survivor Project. Today, he and his wife Sherrill live in Petaluma, where he teaches English as a Second Language to new immigrants and continues to write about later periods in his life. 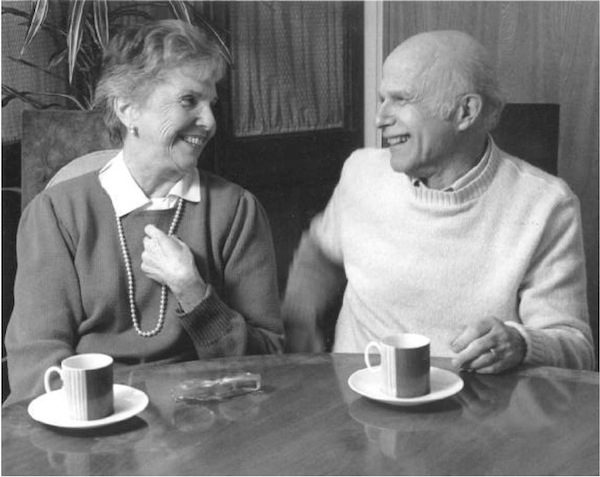 We just simply have to believe that the human race is going to make it.

You’re taught to be modest, but in the final analysis each of us is the only person that we are. And the world that’s reflected in our personality is the only world we know! So when I write about myself, I write the world as it appeared to me. And I love the world; I loved it every moment of my life, even when things were rough.

Every once in a while I see young people that seem to be staring into space, saying “My life isn’t worth anything. I’m bored, I’m bewildered, there’s nothing to do.” And I’m astonished about that.

The marvelous thing about the century in which we live is that the means of communication have become so good and so sophisticated. And this is what must save mankind, unless the pessimists are going to be right and we’re just going to destroy ourselves. I carefully look for all the signs, for the positive I can find. I do not close my eyes to the negatives which are everywhere. But I can’t be bothered with them. 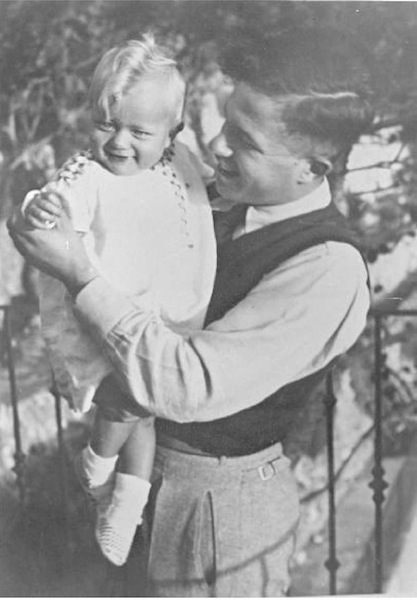 The traces of war were not any more all over, but in isolated, gaping wounds.

While I was in Normandy, I told a lieutenant that I didn’t have any children, that this wasn’t the world to have children, particularly when you’re a Jew.

[When I got to Germany with the American Army I saw] the ghastly pattern of utter destruction of people’s homes, so that their despots could finally be eliminated. Streets and streets of rubble and the floor-and roof- less shells of buildings.

But in between, trees were spreading their new leaves and people with bent backs worked in their gardens and the fields along the highways. And when I could see that the war was won, and that I would get home, I fully wanted to have children.

DP’s, displaced persons, fleeing along, carrying all their belongings on both sides of the road – that is something I think of very, very often. And if those people are brown, black, or white, what difference does it make? They’re human beings, and they have a right to live in their homes in relative peace and quiet.

© Copyright 2021 Listening For A Change
Back to Top
Enter your Infotext or Widgets here...