Vera was born in 1928 in Vienna. Her father had imported linens but in that time of the Great Depression he was a salesman. Soon after Hitler arrived in Austria, Vera’s mother began working for the Palestinian Office, which arranged for people to emigrate. This helped to keep the family in Vienna later than most Jewish families.

Vera’s schooling was interrupted soon after the Anschluss. Her older brother Herbert left for Palestine but was stopped in Yugoslavia. He escaped into Albania and then into Italy and then vanished. Her older sister Ruth went into hiding, but was betrayed and sent to Auschwitz.

In 1942 Vera was transported to Thereisenstadt with her mother and father. Her father died of lung cancer there. In 1944 Vera and her mother were sent to Auschwitz-Birkenau where her mother was sent to the gas chamber. Vera was sent to Silesia to dig trenches until, as the Russians advanced, she went on the “death march” to Bergen-Belsen. She escaped during the march with two Czech women, and they hid in an empty town. After the area was liberated, she lived with one of her Czech companions for a while and then returned to Vienna, where she was reunited with her sister.

She emigrated to the United States with the help of two sets of aunts and uncles in New York. They obtained an affidavit of support from some distant relatives who had settled in Nebraska before World War I. The rest of her extended family perished in Europe.

She lived in New York, working as a dental technician, until 1960, when she moved to England. Six years later she returned to settle in Sonoma County. She lives in Sebastopol and has a retail business. 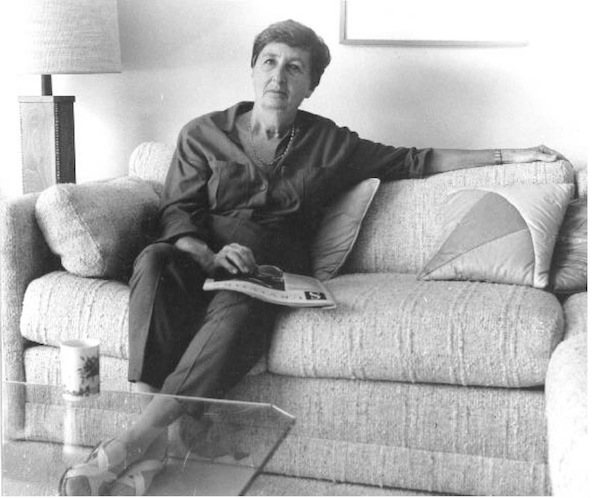 I avoid living on the past.

For me there was nothing to reminisce about; it was a waste of energy. Even in the camp in Silesia, when we were starving, women talked endlessly about food and cooking. It infuriated me because it emphasized our hunger. They didn’t take kindly to being told to be quiet by a fifteen year old!

In New York the German Jewish refugees got together in pastry shops, as if they were in the old coffee houses, and all they ever talked about was who they were and what they had and what they had lost. I studiously avoided this ghetto mentality. I said, “I do not want to live this way. If I have to make a life here, it had to be different.”

I remember one teacher in Austria who was wonderful. When we could no longer go to elementary school, she stopped me in the street. She said, “They can take away everything that you have but what you have up in you head nobody can ever take away. “ A nd that was a crucial statement that strengthened my willpower and stuck with me for a long time through very difficult periods.

My eagerness to leave my life behind and start a new one was so great that whatever was to be found in America was good – though it took me a number of years to appreciate American comedians! 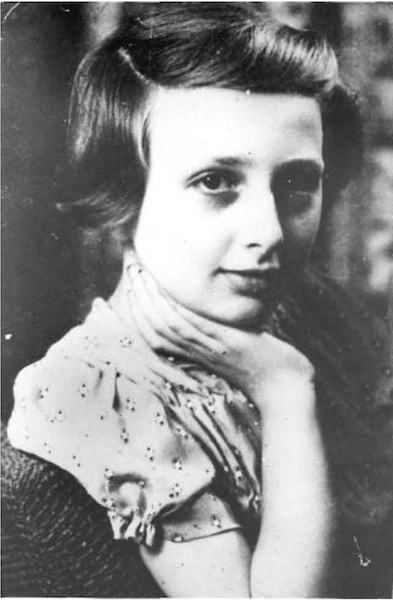 I did not want to be restricted.

My best friend and I were like Siamese twins. On Christmas she spent the day in our house while they decorated the tree. When they came back from church I went to their house to see the lighting of the tree. But her father belonged to the Nazi Party and they forbade her to have any contact with me.

She waited in our apartment house on the steps behind the door. And when I came out she told me that they had forbidden her to see me, which was earth shattering for both of us.

We had to sew the yellow star on with all six points, but my sister and I did not do it. We had pins at the back. And the minute we were away from the house about two

blocks we took it off. We endangered our parents as well as ourselves.

On the transport to Aushwitz they locked all the doors of the train. But in Cracow Station, early morning and terribly foggy, I tried the handles of the doors and one was open! I whispered to my mother that we should make a run for it. Another woman said, “If you do this I’m going to scream” – She was afraid of what would happen if we were missing. Who knows if we would have been successful… But at that time what in hell did we have to lose?