Henry Shimizu was born in Hawaii in 1905. He grew up in Tulare County. Sawame Furuta was born on 3rd and D Streets in Santa Rosa in 1912. Her father, like Henry’s, had come to Hawaii from Japan to cut sugar cane, but he entered the grocery business. Sawame’s family lived in the Fountaingrove area and she went to Lewis School. They moved to Contra Costa County but returned here in 1928. Meanwhile, Henry’s family had moved to Cotati in 1923, having traded their vineyard for a chicken ranch here.

Henry and Sawame met while working in an apple processing plant. They were married in 1929 and moved to Watsonville, where Henry managed another plant. They returned after a year and raised their six children in Cotati. Martin was born in 1930. He attended Penngrove Elementary before the war.

Henry was a leading member of the Japanese American Citizens League. He initially planned to oppose the internment order but decided to comply because of rising threats of violence against Japanese in the Imperial Valley. Sawame’s father, as a community leader, was held in Santa Fe, New Mexico, while the rest of the family was sent to Merced and then to Amache, Colorado. In 1944 they were able to leave the camp and work a ranch nearby. In 1945 they moved to Pennsylvania, returning to California in 1946.

Martin married Dorothy in 1955. He works as a gardener. Bruce was born in 1956. He has worked as a youth advisor for the JACL and is a landscape architect. He and his wife, Paula, live in Santa Rosa with their two children. 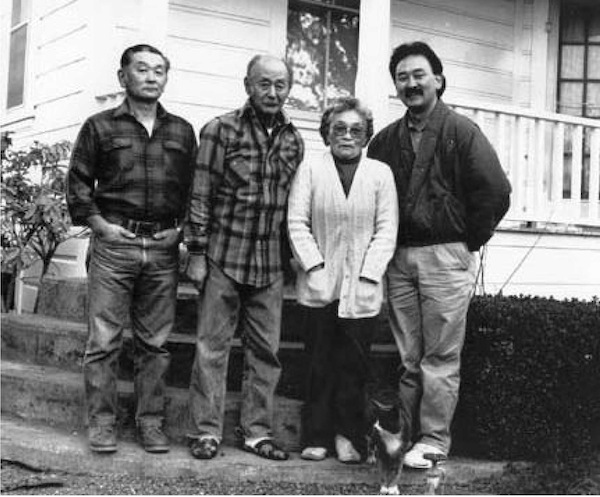 We were going to be one hundred and ten percent American kids.

My brother and I were real little, playing war, and we’d say “Okay, you be the Japs, and I’ll be the good guys.” But when my dad heard us he got really mad. Then it sunk in that the enemy was us, or presumed to be us. And we knew: we’ll never use that word again, we knew it was something bad. To me that was the same thing as we were taught never to call a black person a nigger… As the civil rights movement picked up in the late sixties, we realized “We have our own culture we need to find out about!” We started pumping our parents and grandparents for information about camp. They didn’t want to tell us about it, they didn’t want us to be bitter or angry.

When I talked to kids [for the JACL] I say “You’re going to be confronted with being different. Not unique, but different as something other people are going to perceive as bad or evil. And you’re going to deal with that.”

Along with our rights come obligations. Voting is one of them. And just knowing what our country stands for and upholding that. 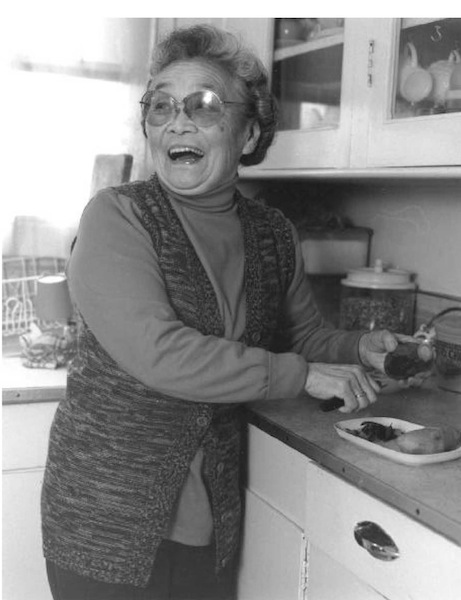 You have loyalty to your country, so you go.

When you first got to the mess hall, the tables were much lower than this. The carpenters in Colorado were ignorant about Japanese people – they thought they were small people! When the Sebastopol boys came out, they said, “They’re not Japanese, are they?” And we said, “Yes they are!”

We were not in a hurry to come back to California. Henry said, “If one of the children gets sick, what am I going to do if the doctor refuses to look after them?” We were feeling small, I think. When you’re pushed into a smal closet, you can’t think big.

We stopped in Texas to buy food. The owner of the store opened the door to greet us and he was so nice! He opened the door for me, brought the things to the car, I said, “How come?” but later I realized “Oh! The 442nd saved the Texans!”

My brother went to Europe with the 442nd. My Father said to them, “You’re an American citizen. You owe it to your country.” My youngest brother was hit by shrapnel and was in Paris for a long time recuperating until he was ready to come home. But my older brother was in Italy from the beginning to the end. 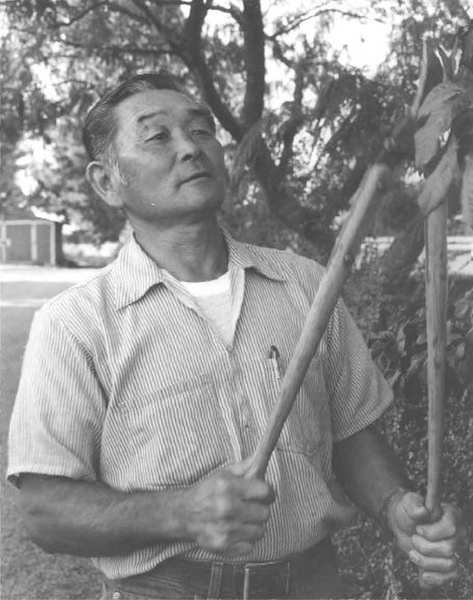 You knew that the government cannot do this to a citizen!

The government is telling you that you have to do this, and this. And then still, there’s this thing in the back of your mind that says “Is this right?” Anyone with a high school education had taken civics!

We had to come to Santa Rosa to get inoculations beforehand. It was ironic, because the doctor that gave us our shots was Dr. Martin Hutchinson, and his mother lived across the street from us. W grew up together. He said he just couldn’t believe it. We boarded the train in Santa Rosa; the tracks went right down next to our property. Our neighbors were out there waving goodbye. One neighbor, a German, had a camera with her, to take a picture of us on the train. An MP came and took the film out!

Before that evacuation they were getting rumors from Europe about what the Nazis were doing. So when they boarded the train in Merced, going off to who knows where, they started to get really worried. We had a rest stop, out there in nothing but flat country. They stop the train, they order you off. You have regular soldiers out there with machine guns. What are you supposed to think?