Ed was born in King County, Washington, in 1923. His father came from Japan in 1907 and his mother arrived as a “picture bride” in 1918. The family farmed and later had a vegetable market, but his mother led a secret “second life” as an authoress for the Japanese American North American Times, writing a series of articles on “The Farmer’s Wife”. Ed feels that his parents’ values were unusual for their environment in the White River Valley, both because of their stress on education and their fundamentalist Christian beliefs. They were interned at Tule Lake Camp. Ed’s eldest brother Gordon protested the internment on moral grounds and was sent to prison for the duration of the war. Forty-three years later he became one of four Supreme Court cases successfully challenging the constitutionality of the internment.

Meanwhile, Ed was released from Tule Lake to do farm work and work in a restaurant in Utah. But soon, with the help of the Friends (Quaker) Service Committee, he got a scholarship to Guilford College in North Carolina, where he became a sports star. He studied sociology at the University of Washington and received a master’s degree in philosophy and religion at the Benares Hindu University, in India. He attended Columbia University for advanced study.

Ed met his wife, Nicole, during his time in India. Nicole spent the war in a convent school in France while her father was in the Resistance.

Ed taught Philosophy of Religion at Columbia and the State University of New York in New Paltz before joining the Foreign Service. He served with A.I.D. in South America, Africa, and the Middle East as well as Washington D.C. Ed and Nicole have lived in Glen Ellen since his retirement in 1987. They have five children. 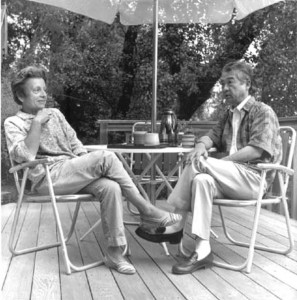 Prejudice is a judgment made before one knows anything.

I am dead set against racism, which is race prejudice, because it is exactly what it says: a judgment made beforehand.

The thing noticeable about Japanese Americans was their facial features. When you think about it, it is funny that the immigrant Germans and Italians were not put into camps… What is easier than to get those you can identify easily?

Racism is tied in with ignorance. Those that knew us individually were sensitive, and they came to the train, said goodbye, and wept. This leads me to say that if you know the people, you will not prejudge.

Racism is not the prerogative of any individual or any one special group of people by birth. It has to be taught! Remember that, if nothing else.

You have to experience some things yourself, though. We can say all the things that we’ve learned to the new generation that’s going through schooling. But that’s behind the thing and besides the point: You teach things not by “do as I say”, but “do as I do”. 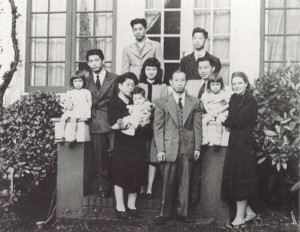 The family was really the important thing, what would happen to our family.

Mom and Dad said, “They are going to turn Tule Lake into a segregated camp. And they wanted to know all the people who are going to stay and be part of the U.S.” And I said, “Well, if we were to go to Japan, I’d speak Japanese but the Japanese wouldn’t give me the time of day. I can’t! My whole culture, my whole civilization, is American.” And the rest of the kids said the same. Our parents told us, “Our decision is that where our children would like to be is where we’d like to be.”

All of us younger ones thought that Gordon [Ed’s elder brother went to jail rather than comply with the internment order] was a moralist because of our parents’ influence. Others [in camp] talked about it; they said, “Why doesn’t he keep Quiet?” But Mom said, “He can speak up the way he wants to.”

But as Min Yasui, Gordon and others fought for that right [of citizenship], as Niseis [second generation Japanese Americans] went overseas to the 442nd, people began to think about these things very hard. What happened inside became a reality to people. We knew we were second class in America but we wanted to be first class. 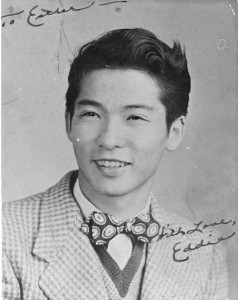 One time I went to Tacoma with Hi-Y [a high school group] and I was the only Nisei. We did a circle dance. And I remember that the girl walked past me to dance with the guy before and the girl behind stopped and danced with the guy in back; I was left without anybody. I still remember it to this day. But that was the only time – I would be very careful not to be trapped into situations like that.

We were noticeably different, but the rest were immigrant families too. These were close

friends – then, now and during the war. Never once did they raise anything other than in a humorous way. But as the war talk heated up we were constantly apprised of the situation.

In Tule Lake Camp, I missed normal life: Driving the car, going to high school, being the star of a show… Lots of funny stuff you would usually see normal Caucasian kids doing, you know? 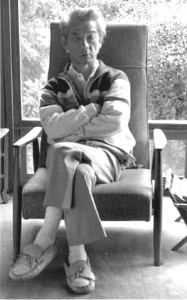 Reality is reading and thinking in depth.

We need to become more literary and in depth in our thinking. Television allows for sloganning things very simply. But [even] newspapers are just scraps.

It is apparent to me and to many others that the rich farmlands the Japanese had cultivated in Washington, Oregon, and California were coveted by farmers and others left behind. The farmlands were taken over by the Sons of the Golden West and so on. So if you looked at the record, you’ll see that the thing was all manipulated by economic interests.

A train came out to Auburn, stopped, and was lined up waiting for all the people to load. And then it shut – with

soldiers, because you don’t expect old people and young children to go out by themselves! Off it went, to camp with towers and machine guns. But less than a year later, they let us out to work on farms… I went to the farthest place I could get from the West Coast, to get away from the hate I had experienced there.

In the Foreign Service, I was a lot quieter than I should have been. One of the reasons was that I became very inward-seeking during the camp experience. I became a “Quiet American” Nisei.